Pirarucu is the world's largest freshwater fish and can grow as long as 13 feet in length. In order to replicate the dignity and the forcefulness as true to life as possible, it has been further modified from the early first model. Time and effort was spent on the carving process and coloring to duplicate the true features expressed in skating pencils. Width of the skating far exceeds that of our Raigyo Pencil and effective in wider range. It's also very effective for lunker hunting at ponds due to the water tangling action. This king of freshwater fish, Pirarucu has further evolved to become the king of skating by the hands of VAGABOND designers. 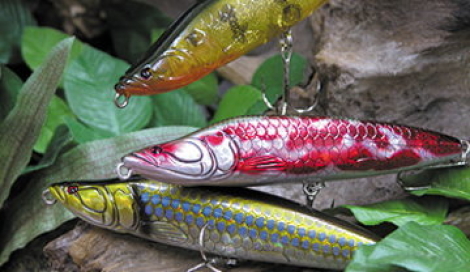